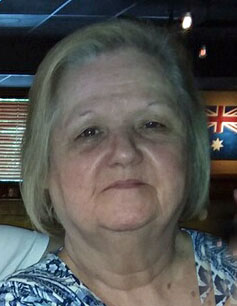 Mrs. Linda Lee Howard, age 68, passed away early Monday, August 27, 2018, at her home in Bainbridge, Georgia. A memorial service will be held at 3:00 p.m., Saturday, September 1, at the Cadwell Chapel of Cox Funeral Home. The Rev. Dewitt Phillips will officiate. The family will receive friends at the Chapel one hour before the service, beginning at 2:00.

Linda was born April 27, 1950 in Glenville, Georgia. Her parents, Johnny Gaston Merritt and Annie Leigh Graham Merritt have preceded her in death. Linda has been married to her husband, Ricky Eugene Howard, for over 48 years. She was a wonderful wife, mother, grandmother, and great-grandmother. Linda was all about her family. The amount of love and care she offered her grandchildren was boundless. Linda Lee Howard will be deeply missed by her large family and many friends.

Donations may be made in her honor to the Ronald McDonald House Charities,
795 Gatewood Road NE, Atlanta, Georgia 30329.