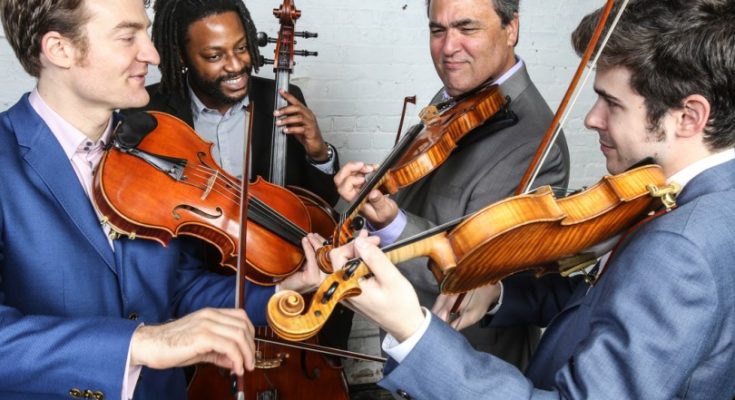 Everything from film to poetry to music is packed into the six events making up the Carter Arts and Lecture Series presented by Abraham Baldwin Agricultural College at Bainbridge.

Dr. Steven Hahn, American historian from New York University, kicks off the series on Sept. 13 followed by the screening of the feature film “Creature from the Black Lagoon” on Oct. 25, a poetry reading by Papoleto Melendez on Nov. 15, “Broadway’s Next H!t Musical” on Jan. 31, the ABAC Jazz Ensemble on Feb. 28, and the Turtle Island String Quartet on March 29.

All the events are open to the public at no admission cost. Each event is scheduled to begin at 7 p.m. in the Kirbo Center Auditorium on the ABAC at Bainbridge campus. The Carter Arts and Lecture Series is supported in part by the generosity of the Kirbo Foundation.

Dr. Michael Kirkland, Executive Director of ABAC at Bainbridge, welcomes all to attend every event.

“The Carter Arts and Lecture Series offers another terrific slate of enrichment events for our students and the community,” Kirkland said. “ABAC at Bainbridge is thankful for the Kirbo Foundation’s support of the Series.”

The rich history of the American South has fascinated scholars for decades and continues to inspire art, music, and film in the modern era. Curated by the Organization of American Historians, Hahn’s lecture on Sept. 13, titled “Reconstruction at 150,” paints an insightful picture of the ways reconstruction has shaped the South in the last 150 years.

The 1954 classic, “Creature from the Black Lagoon,” will be screened on Oct. 25 just in time for Halloween. This horror film tells the story of a prehistoric beast as a group of scientists work to capture it for their studies.

Papoleto Melendez’s Nuyorican poetry on Nov. 15 brings forth work that speaks to the social, political, and economic issues Puerto Ricans faced in New York City in the 1960s and 1970s.

Improvisational comedy at its best will take the Kirbo Center Auditorium spotlight on Jan. 31 with “Broadway’s Next H!t Musical.” The unscripted performance provides the audience with a spontaneous evening of music and humor.

Magic will happen on stage at Kirbo Center Auditorium on Feb. 28 when the ABAC Jazz Ensemble performs. The Jazz Ensemble has an international reputation with several European performances on its dossier.

The Turtle Island String Quartet is a force of bold, new music for strings. Performing March 29, the ground-breaking quartet will fuse classical and contemporary music styles to create great admiration from the audience.

Dr. Jenny Harper, chair for the Carter Arts and Lecture Series, is excited about the wide array of offerings.

“Everyone can discover something wonderful with the schedule of events provided without having to travel far from home,” Harper said.

For more information on any of the entertainment events open to the public at ABAC at Bainbridge, interested persons can call (229) 243-3160 or visit Carter Arts and Lecture Series on Facebook.