The graveside funeral service will be held at 11:00 a.m. CST on Monday, June 11, 2018 at Rosehill Cemetery in Tallassee, AL with military honors.

The family will receive friends immediately following the service. Online visitors may sign the guest register at www.iveyfuneral.com. Memorial donations may be made to: Alzheimer’s Foundation of America, 322 8th Avenue, 7th Floor, New York, NY 10001.

Roy Taylor Camp was born April 5, 1933 in Tallassee, AL, the son of Alfred Bates Camp and Lelia Rayfield Camp. He graduated from Tallassee High School and went on to proudly serve his country in the United States Army. He served during the Vietnam War and retired with 20 years. Roy was married to Peggy J. Williams, who preceded him in death.

Retiring from the Army, it should come as no surprise that Roy was structured. He drove a hard bargain especially when it came to ‘coon hunting. He loved the outdoors and always managed to have fun wherever he was. His sense of humor was the catalyst to many smiles and lots of laughter. He was more than a good father; he was a great dad.

Survivors include his children, Randall Taylor Camp and his wife, Andrea, of Helena, MT and Ronda Kirkpatrick & Sammy Hand of Bainbridge, GA; his sister, Sara Short of Arkansas; and his grandchildren, Taylor Kirkpatrick and Kamryn Kirkpatrick. In addition to his parents and his wife, Roy was preceded in death by his siblings, Buddy, Ruth, Ethel, Mary, Venny and Bill. 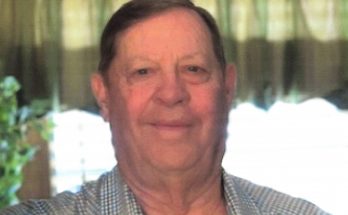