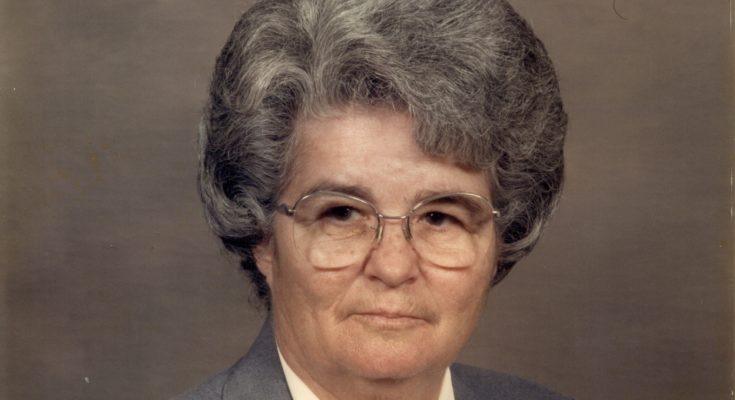 The funeral service will be held at 11:00 a.m. on Saturday, April 28, 2018 at Ivey Funeral Home Chapel with Rev. Shelvie Summerlin officiating. Interment will be at Calvary Assembly of God Church Cemetery.

The family will receive friends immediately following the service. Online visitors may sign the guest register at www.iveyfuneral.com. Memorial donations may be made to Calvary Assembly of God Cemetery Fund, 3606 Spring Creek Road, Brinson, GA 39825.

Ruth Alday was born March 5, 1928 in Donalsonville, GA, the daughter of Robert Wade and Henrietta Earnest Alday. She was married to Russell Daniel Day, who proceeded her in death. Ruth was a member of Calvary Assembly of God.

Some would say “Miss” Ruth walked softly but carried a big stick. She was soft spoken but very direct. Her sense of humor sometimes tempered her directness though you still knew exactly what she was thinking. If you had to describe “Miss” Ruth in one word, you would use devoted; she was devoted to her family, her friends and her church. She gave 100% effort in everything she did and found the most pleasure in serving the family she loved dearly.

Survivors include her children, Ruby Day and Roger Day, both of Brinson, GA; her sister, Irene Tuten of Bainbridge, GA; her grandchildren, Rusty, Casey, Whitney, Drew and Ben; and her great-grandchildren, Jacob, Jenna, Maddie, Sydney Claire, Jackson, Haile, Keagan and Chris. In addition to her parents and her husband, Ruth was preceded in death by her son, Howard Day; and her siblings, Clarence, Alice, Robert, Tom, Dell, Bill, Marvin, Willie and Mary.