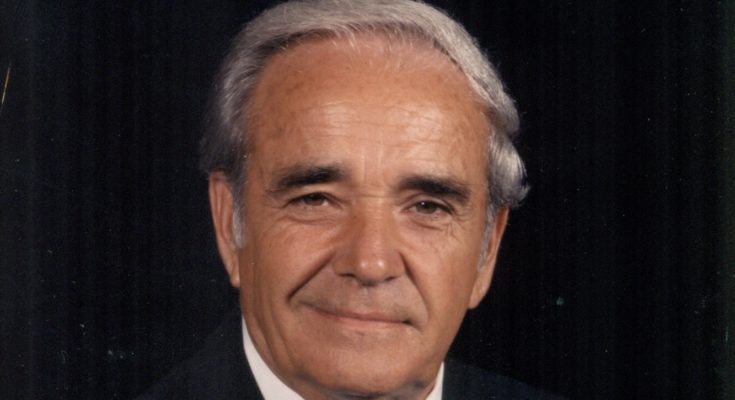 The funeral service will be held at 11:00 a.m. on Wednesday, January 17, 2018 at First Baptist Church with Rev. Paul Medley and Dr. Heath Kahlbau officiating. A private interment will follow at Sunset Memorial Gardens in Thomasville. Jerry Pollock, Johnny Skipper, Bo Jones, Don Kell and Winston Brock will serve as active pallbearers. Honorary pallbearers will be Deacons of First Baptist Church and members of the Penney-Lambert Sunday School Class.

The family will receive friends immediately following the service. Online visitors may sign the guest register at www.iveyfuneral.com. Memorial donations may be made to First Baptist Church, P. O. Box 155, Bainbridge, GA 39818.

Dewey was born November 15, 1935 in Whigham, GA, the son of Edgar Thomas Robinson and Jewel Harrison Robinson. He was a graduate of Pavo High School, Class of 1954, attended Boaz College and Bainbridge College, and served in the Georgia National Guard. He was a very diversified entrepreneur and served many civic and religious organizations. He served on the Rural Development Council for Southwest Georgia, as Scholarship Chairman for the Bainbridge College Foundation, Deacon of First Baptist Church, Fund Raising Chairman for the YMCAs in Southwest Georgia, and was the Decatur County Man of the Year in 2011. He formerly was a founding member of Morningside Baptist Church, founding chairman of the local Salvation Army where he served as chairman for 25 years, organizer and member of the Advisory Board for First Port City Bank, organizer and member of the Board of Directors of First National Bank of Decatur County, and member of the Bainbridge Jaycees, Bainbridge Lions Club, City of Bainbridge Zoning Board, Memorial Hospital Authority, and Committee of 100 for Industry.