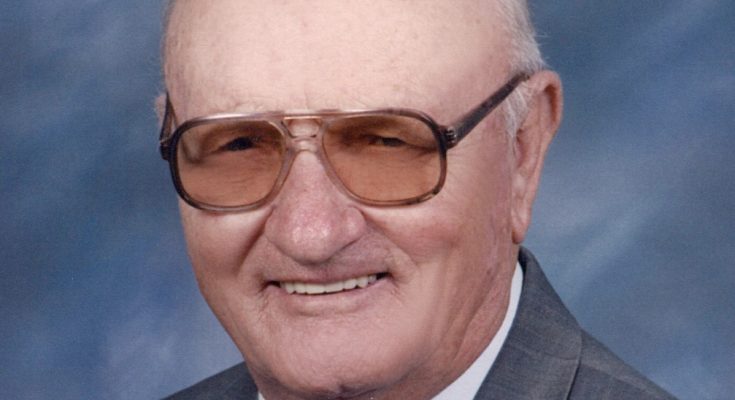 Donnie was born April 28, 1927 in Mitchell County, GA, the son of William Elisha Wooten and Lula Mae Commander Wooten. He attended school in Hopeful, GA and proudly served his country in the United States Army. He taught Sunday School, served as a Deacon and was active in the Adult Men’s Sunday School class at Climax Baptist Church for many Years. Mr. Wooten worked as a fertilizer salesman in Albany for several years before moving to Newton to become assistant manager of Pineland Plantation. He later moved to Decatur County where he erected and was a partner in Dean Brothers (now Dollar Brothers) in Mt. Pleasant. Later he established and was a partner in Decatur Farm Center, Climax, Georgia. His last business was Wooten Cleaning Service, which he operated until he retired.

Donnie accepted Christ as his Lord and Savior when he was 18 years old. He was a devout Christian whose life exemplified this in his love of the Lord and devotion to his wife and family. He was a quiet, humble man whose love for people was very obvious. As a businessman, he had a reputation for being hardworking, dependable and trustworthy. He enjoyed watching old western movies, rodeos and wrestling.