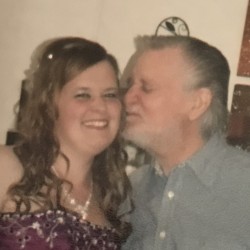 Thomas William Smith, Sr. was born August 2, 1948, in Bainbridge, Georgia, to Henry Judson Smith, II and Christine Delores Dyches Smith. Mr. Smith served, with honor, in the U. S. Army during the Vietnam Conflict. He was stationed in Colorado Springs, Colorado during his military service. PeeWee was a member of V.F.W. Post 4904. He worked as a truck driver, retiring in 2006. He loved to work in his yard. PeeWee spent a lot of time on his computer playing computer games. He loved to grill and loved to be out of doors. Oldies music was his passion. PeeWee was a fan of Gunsmoke and watched football, especially the Georgia Dawgs. A loving husband, father, and grandfather, Thomas W. Smith, Sr. will be deeply missed by the family and friends he loved so very much.