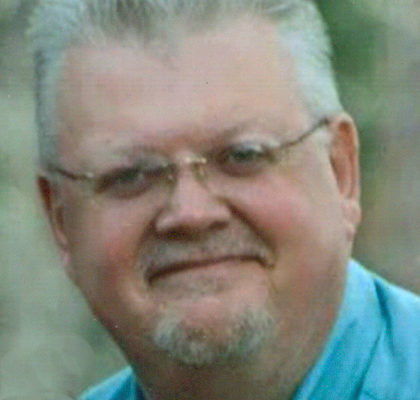 The family will receive friends from 6:00 to 7:30 p.m. on Friday, December 8, 2017 at Ivey Funeral Home. Online visitors may sign the guest register at www.iveyfuneral.com.

Memorial donations may be made to Hospice of Southwest Georgia, 117 South Donalson Street, Bainbridge, GA 39817.

Ronald William Sams was born October 24, 1962 in Bainbridge, GA, the son of Ronald Sherman Sams and Lynda Cristine Nolen Sams. He attended Bainbridge High School and worked as a security guard at Memorial Hospital. Some will remember Ronnie from his service at Georgia Industries for the Blind. He was a member of Christian Faith Church and a past member of Kendrick Volunteer Fire Department.

Considering that most people who love old things are also collectors, it comes as no surprise that Ronnie was a collector. His favorite memorabilia was from Coca~Cola but he also liked old cars. He enjoyed playing his guitar and singing. Family was the highlight of Ronnie’s life and he cherished every moment spent with his loved ones.

Survivors include his wife of 19 years, Caryn Floyd Sams; his children, Ronald William “RJ” Sams, Jr., Kevin Childree and his wife, Nellie, and Will Childree and his wife, Catalina, all of Bainbridge; his mother, Lynda Nolen Darley; and his grandchildren, Aaron and Calvin. Ronnie was preceded in death by his father, Ronald Sherman Sams.

The Sams Family wishes to express their deepest gratitude to the nurses and volunteers of Hospice of Southwest Georgia and Kindred Home Health.