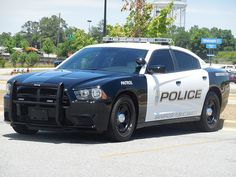 In response to numerous complaints of drug activity and loitering from residents living in, or near, The Rivers Apartments, Bainbridge Public Safety has stepped up patrol in the area. This extra patrol paid off in the early morning hours of Thursday, November 16th when Officer Jayson Myers took notice of a suspicious vehicle, parked, with several persons inside. As Officer Myers approached the driver’s side, he recognized the driver, Ira Lee Florence, Jr., from a previous drug-related arrest. Florence rolled down the window, allowing Officer Myers to immediately notice what appeared to be marijuana in Florence’s lap. Myers asked Florence to step out of the vehicle. Upon doing so, Florence consented to a search and additional drugs were found on his person. Investigator Chris Avery and Officer Davina Evans arrived on scene. The other three occupants of the vehicle were asked to step away from the vehicle. They were searched and were found without any contraband. A search of the vehicle uncovered six bags of cocaine stuffed inside of a zipper pouch placed in a compartment in the driver’s door. In the trunk of the vehicle, three children’s scooters were found that are believed to have been stolen recently from Walmart.

The contraband recovered in the arrest totaled 6 baggies of Cocaine, 29 tablets of Alprazolam, 34 tablets of Ecstasy, 2 bags of Marijuana totaling approximately ½ ounce, and one Marijuana blunt.

Bainbridge Public Safety Officers would like to encourage citizens to report any suspicious activity by calling BPS Headquarters at 229-248-2038. There is also an “Anonymous Crime Tip” service available on the City of Bainbridge website: http://www.bainbridgecity.com/egov/apps/action/center.egov?view=form;page=1;id=9