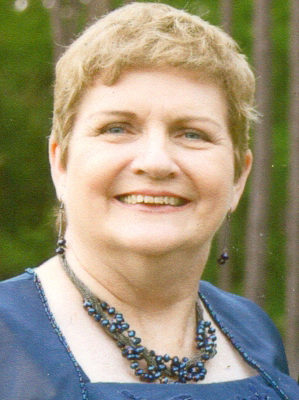 The family will receive friends immediately following the service. Online visitors may sign the guest register at www.iveyfuneral.com. Memorial donations may be made to: First Presbyterian Church, P.O. Box 7067, Bainbridge, GA 39818.

Mary H. “Sissie” Culpepper was born July 24, 1944 in Greenwood, MS, the daughter of William Hamilton Williford, Sr. and Carrie Helen Miskelly Williford. She earned a Bachelors Degree in Mathematics from Mississippi State University. Sissie worked at Bell Labs’ Mathematical Analysis and Military Apparatus Laboratory in Winston-Salem, North Carolina, where she helped develop missile guidance programs. She worked for IBM as a programmer in the Scientific Programming Department of what was then the Federal Systems Division in Huntsville, AL. She was on staff at Mississippi State University Computing Center where she wrote programs to analyze data for graduate students as they worked on their theses. Sissie then spent 18 years as the programmer for a mid-sized cotton company in the Mississippi Delta before joining the staff of Butram System Engineering.

Always an active member in her church, First Baptist in Inverness and First Presbyterian in Bainbridge, Sissie acted as the hands and feet of Jesus to anyone in need. She would go out of her way to help others never expecting anything in return. She enjoyed reading, riding and music. She was a dedicated member of the choir and sang in a women’s trio for years in Inverness.

Her family notes she had a little stubborn streak that could get the job done. In fact, taking care of business resulted in Sissie being fired once; she stood up to an office manager who had a habit of disrespecting the ladies in the office. She was curious by nature and always interested in a new perspective. Sissie served as the Girl Scout/Brownie leader and gained a new perspective on Tom Collins while attending the Leadership Conference in Wyoming years ago. This Mississippi Delta girl loved motorcycles, Cracker Barrel, Tootsie Rolls and her adopted home of Bainbridge. Sissie’s friends and family, especially those grandchildren, filled her days with joy.

Survivors include her husband of 51 years Cecil Wallace Culpepper, Jr.; her children, Beth Keating and her husband, Cochran, and Ryan Culpepper and his wife, Heather, all of Tallahassee, FL; her grandchildren, Casey Keating, Paige Keating, Katelyn Culpepper and Nolan Culpepper; her sisters-in-law, Elizabeth Willford and Elizabeth Huggins. Sissie was preceded in death by her parents; and her brothers, William H. Williford, Jr and James W. Williford.