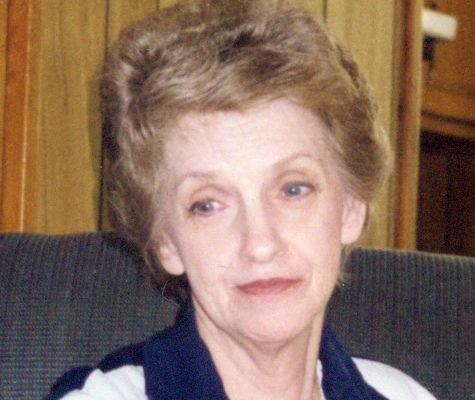 The graveside funeral service will be held at 2:00 p.m. on Sunday, October 15, 2017 at Alta Vista Cemetery in Gainesville, GA.

Online visitors may sign the guest register at www.iveyfuneral.com. Memorial donations may be made to: Bainbridge Church of God, P. O. Box 863, Bainbridge, GA 39818.

Brenda Lou Johnson was born August 28, 1942 in Gainseville, GA, the daughter of Paul Burton Johnson and Irene Hulsey Johnson. She lived in the Bainbridge community for the past 52 years and was a member of Bainbridge Church of God.

Brenda has been described as full of “spit and vinegar” because of her determined spirit. She viewed every challenge as a stepping stone rather than a stumbling block. She was very precise and orderly, especially after losing her sight, even down to the details of her dress. Brenda loved shopping and “noise”; she would listen to music, sing or talk on the telephone. In fact, one thing Brenda will be remembered for is her ability to carry on a conversation with a fence post.

Survivors include her daughters, Melba Wright, Emily Griffin and her husband, Craig, of Bainbridge, and Pamela Michel and her husband, René, of Snellville, GA; her siblings, (twin sister) Glenda Kirby, Edna Crisp, Sue Ashmore, all of Gainesville, Jo Jackson of Maine, and Carmen Johnson also of Gainesville, GA; her grandchildren, Sarah Beth, Katherine, Shannon, Shane, Christopher, Stephen and Samuel; and her great-grandchildren, Rosalie and Charlotte. Brenda was preceded in death by her parents and her sister, Jeanette Butler.