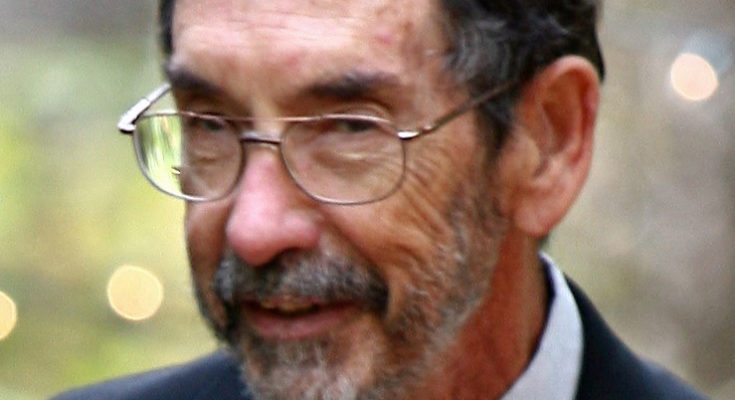 The memorial service will be held at 11:00 a.m. on Monday, October 30, 2017 at Ivey Funeral Home Chapel with Dr. Richard C. Davis officiating. The family will receive friends immediately following the service. Online visitors may sign the guest register at www.iveyfuneral.com. Memorials may be made to Bainbridge Decatur Council for the Arts, P.O. Box 35, Bainbridge, GA 39818.

Basil Victor Lucas was born October 25, 1939 in Atlanta, GA, the son of Earl Harris Lucas and Lucy Ray Lucas. He was a graduate of Newnan High School, Class of 1957, and graduated from Emory at Oxford, Mercer University, Southern Baptist Theological Seminary, and the University of Georgia. At Oxford, Basil was class president and was named athlete of the year his freshman year. Basil played football, basketball and tennis in high school and college. He continued to play tennis until he was nearly 70. He was an avid hiker. He and Phyllis hiked the famed Chilkoot Trail in Alaska with Alaskan friends. Basil hiked portions of the Appalachian Trail in three states. He was a retired Vocational Rehabilitation Counselor for the Georgia Department of Human Resources. Basil was very active in the community and volunteered with Habitat for Humanity, Bainbridge Decatur County Council for the Arts, Civics 101, and Kids and Cops, and was a member of First Baptist Church. He organized a local group he called Civics 101 to learn more about how the local governments worked and to give appropriate comments. A common thread running through Basil’s activities was his genuine care for other people.

Basil forged special relationships with many in his Oxford Class of 1959, but none more special than a group that came to call themselves the Crawfordville Writers so-named because they met frequently in the unoccupied Lucas home in Crawfordville. The group met to read and critique their creative works. From the 1980’s until 10 days before Basil’s death, they met for annual sessions of three or four days in Georgia, Virginia, Pennsylvania and Alaska. During this period Basil published three novels, four poetic chapbooks, a score or more individual poems, and wrote and had staged four plays. Literally hundreds, if not thousands, of letters, emails, and telephone calls were exchanged with this group. Basil was also a frequent contributor to Firehouse, the journal of the Bainbridge River Writers. Poetry was an important part of Basil’s life and he had a special love for the Flint River. Some friends said they thought the Flint coursed through his veins. The river will miss his attentions.