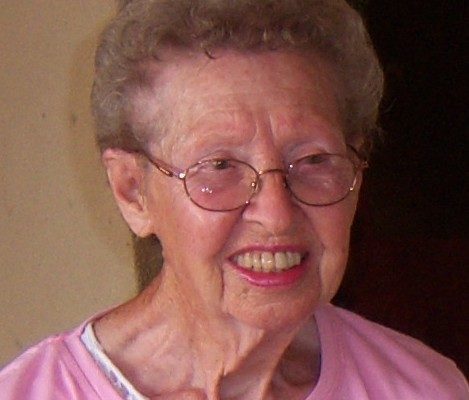 Katherine Louise Mathis Hall, 92, of Davenport, Florida, peacefully passed away of natural causes at Celebration Hospital on September 11th, 2017 in the presence of her daughter-in-law, Shirley.

The graveside funeral service will be held at 2:00 p.m. on Sunday, September 24, 2017 at Attapulgus Baptist Church Cemetery with Rev. Jerry Bishop officiating. The family will receive friends immediately following the service. Online visitors may sign the guest register at www.iveyfuneral.com.

Born on May 8, 1925 in Ray City, Georgia to Arnet and Dollie Mathis, she lived in Georgia until she married Army Air Corps Cadet Pilot Felton Hall on August 15th, 1942. She and Felton lived in Puerto Rico, Ohio, Florida, Louisiana and Michigan during Felton’s career as an Air Force officer. Katherine and Felton moved to Sarasota, Florida after Felton retired from the Air Force in 1964. Katherine pursued her own career at Jacobsen’s Department Store in Sarasota, where she worked for over 40 years. Katherine was many things: a model, an officer’s wife, a lady, a mother, a career fashion saleswoman, a grandmother and a great grandmother. She was best known for her signature colors of pink and lime green.

Katherine is survived by her son Billy Hall, of Shreveport, Louisiana; her daughter-in-law Shirley Hall, of Davenport, Florida; four grandchildren, nine great-grandchildren and two great-great grandchildren. She was predeceased by her husband Felton Hall, her son Jerry Hall, her grandson John Hall, her brother BJ Mathis, and her sister Opal Bosco née Mathis.

Memorial donations may be made in lieu of flowers in Katherine’s name to the American Red Cross, PO Box 37839, Boone, IA 50037-0839 to assist with hurricane relief efforts.