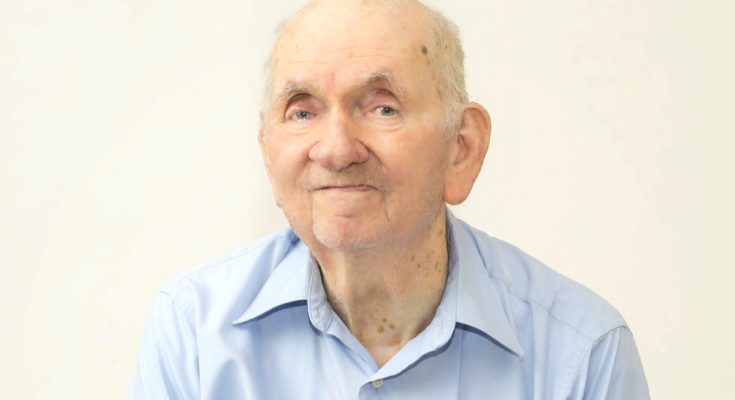 The funeral service will be held at 11:00 a.m. on Friday, February 7, 2020 at Trinity Baptist Church with Rev. Brett Ellinburg officiating. Interment will be at Roselawn Memory Gardens.

The family will receive friends from 5:30 to 7:00 p.m. on Thursday, February 6, 2020 at Ivey Funeral Home. Online visitors may sign the guest register at www.iveyfuneral.com. In lieu of flowers, memorial contributions may be made to Trinity Baptist Church, P. O. Box 1525, Bainbridge, GA 39818.

Norman Osmund Rasmussen was born March 15, 1932 in Jamesburg, NJ, the son of Neils and Emily Nygaard Rasmussen. Following his high school graduation, Norm attended the University of Chicago. He proudly served his country in the United States Air Force as a cargo pilot and air traffic controller, retiring as Major. Norm moved from Ponce de Leon, FL to southwest Georgia in 1986. He was a member of Trinity Baptist Church.

Norm was a much beloved father, granddad and “Day” to his great-grandsons. He was a man that stood by his word; in fact, his word was his bond. He kept things real and was described as a person that would give you the shirt off his back. He never met a person he didn’t want to share stories with, especially old Air Force stories. Having spent many years at Five Points Inland and later at Advanced Auto Parts, Norm had quite a plethora of acquaintances. He loved his family, sweets, old cars, and airplanes. The kids have fond memories of Norm sharing his love for the wide-open sky on their special birthday flights.

Survivors include his children, Sharon R. Olvera and Steve & Elisa Rasmussen, all of Bainbridge; his grandchildren, Becky & Steve Bardin, also of Bainbridge; and his great-grandsons and “buddies”, Drew and Ben. In addition to his parents, Norm was preceded in death by his wife of 62 years, Barbara “Bobbie” Rasmussen; his sons, Kenny Rasmussen and Norman Rasmussen, Jr.; and his siblings, Tommy Thompson, Mildred Thompson, Orris Thompson and Neils Rasmussen, Jr.