▸▾ Claim This Listing
You are not currently logged in. Please login or register first. When registering, you will receive an activation email. Be sure to check your spam if you don't see it in your email within 60 minutes. 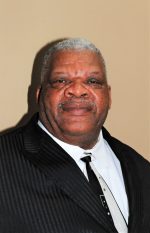 District 1 covers southeastern Decatur County and the City of Attapulgus

In May 2014, Commissioner George Anderson was elected District 1 commissioner. He is a retired U.S. Army veteran who served as tank platoon sergeant in Desert Storm. His service consists of Germany, Korea, Iraq and Saudi Arabia. He is a retired captain of the Decatur County Prison.

Commissioner Anderson is a native of Decatur County and a 1971 graduate of Bainbridge High School.

Commissioner Anderson and his wife, Shelia, have four children, Angela, Georgiana, Brittany and Myasia. He is a member of the St. Thomas Baptist Church of Fowlstown, Ga.

There are no reviews yet.

Please login to rate this listing.