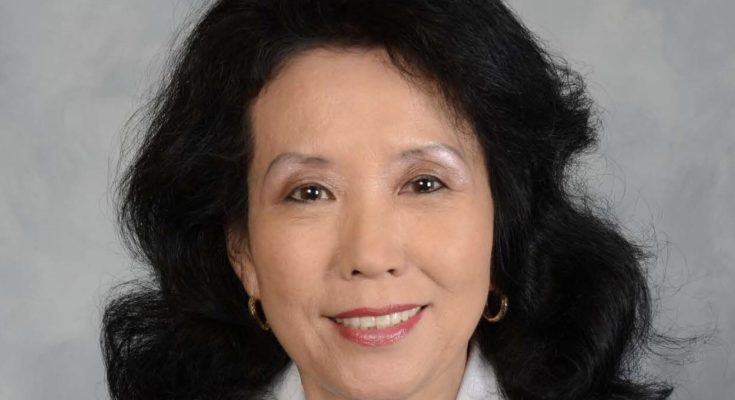 Dr. Jaibun Earp has had her eye on Abraham Baldwin Agricultural College for a long time. And now she gets to experience ABAC up close and personal as the new Dean of the School of Nursing and Health Sciences.

“I have driven by ABAC for years on Interstate 75,” Earp said. “I always turned my head and looked toward the campus and was quite attracted by the view.”

Dr. Jerry Baker, the ABAC Provost and Vice President for Academic Affairs, said Earp will begin her duties on July 1. She replaces Troy Spicer, who has decided to return to a position inside the School of Nursing and Health Sciences.

“We believe that Dr. Earp has the vision and leadership skills necessary to address the challenges of combining two excellent nursing programs into one,” Baker said, referring to the fact that the former Bainbridge State College nursing program is now a part of ABAC. “Her experience with curriculum development in her previous positions will also be an important asset.”

Born in Seoul, Korea, Earp came to the United States for the first time in 1973.

“I really came to study and just explore the world,” Earp said. “Seoul is a city of 20 million people so I know all about big city life. Since living in North Florida for the past 27 years, I look forward to becoming a part of the Tifton community.”

A Fellow of the American Association of Nurse Practitioners, Earp has taught at two schools in Georgia, Emory University and Columbus State University, and has been in the South for much of her career.

Earp’s most recent position was with the United States Department of Justice as an advanced nurse practitioner with the Federal Bureau of Prisons in Tallahassee, Fla. The job involved providing primary care including chronic disease management, health promotion teaching and urgent and episodic care.

A Teacher of the Year Award recipient twice and Advanced Teacher of the Year Award recipient at Florida A&M in 2003, Earp also received the Distinguished Service Award from the Emory University School of Nursing in 1992. She has served as president of the Big Bend Area Chapter of the American Association of Critical-Care Nurses and as the vice president of the Florida Nurses Foundation.

Earp received her Bachelor of Science degree in nursing from the Yon Sei University College of Nursing in Seoul, her Master of Art in Teaching Nursing and her Master of Education in Curriculum and Instruction degrees from the Teacher’s College at Columbia University in New York, and her Doctor of Philosophy in Higher Education Administration from George Peabody College at Vanderbilt University.

“Nursing is a professional discipline that combines the art and science of caring and curing,” Earp said. “Teachers are the facilitators for the students’ learning process. Students do very well on their own but we can help them to make better decisions if we are facilitators, not just force feeding them the information.”

“Even with 3.1 million registered nurses and 240,000 nurse practitioners, there is a continued shortage of nurses,” Earp said. “A nurse can go anywhere in the world and find a nursing position. It’s a very demanding profession, but also a very rewarding profession.”

ABAC at Tifton and ABAC at Bainbridge both offer the associate and bachelor’s degrees in nursing. Earp is impressed with both locations.

“Both ABAC at Tifton and ABAC at Bainbridge have high pass rates on the NCLEX-RN certification exam,” Earp said. “I want to help our school become the School of Nursing and Health Sciences others emulate.”