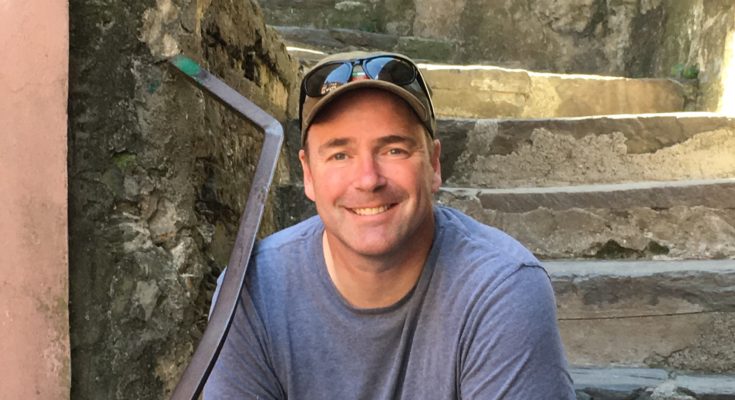 Dr. Patrick Smith, one of ABAC at Bainbridge’s most beloved and respected professors, passed away on April 22, 2018, and the College remembers the charming legacy he left behind.

Abraham Baldwin Agricultural College (ABAC) at Bainbridge and former Bainbridge State College faculty, staff and students remember one of their most beloved and respected professors, Dr. Patrick Smith, Professor of English, and help share his love for education by establishing and contributing to the Dr. Patrick Smith Memorial Scholarship.

His love for reading and writing was never limited to the classroom. Dr. Smith published and edited numerous books, articles and enjoyed writing about some of his favorite authors, including James Harrison and Steven Millhauser. Not only did he write about these authors but also came to know them personally.

His criticism, fiction, articles, interviews, and reviews have appeared in Quarter After Eight, Scribner’s American Writers, Aethlon: The Journal of Sport Literature, Sports Afield, Studies in Short Fiction, Notes on Contemporary Literature, and January Magazine, among other publications.

During his time teaching in Bainbridge, Dr. Smith made a difference in and influenced the lives of countless students and colleagues.

Elizabeth Stewart Roark, a former student, said she had the “pleasure of sitting under the sound of Dr. Patrick Smith’s voice for many English classes” and jumped at the opportunity to be taught or mentored by him.

“It was because of his humor, kindness, honesty, wisdom, and his insistence on being present that I so enjoyed being around him,” said Roark. “Dr. Smith consistently encouraged independent thought and was always interested in his students’ varying viewpoints.”

According to Roark, a great teacher will tell you where to look, but will not tell your what to see.

One of Dr. Smith’s mantras was, “If you stop learning, it’s a good indication you’re not paying attention.”

When she thinks of her late professor the word “legacy” comes to her mind.

She added, “Even in his life, he left impressions—-little legacies—-in many people’s lives. His legacy, at least for me, is kindness and presence. Kindness was in his eyes. It was in the way he spoke and responded to people. He was always present in conversations. He made you feel like you were not a bother.

His posture made it clear that he was choosing to spend his time on you. In these things, he taught me that life is precious and people are precious. And, when you get down to it, how you love people– how you help grow one another. That’s what matters.”

Dr. Smith’s colleagues and friends, Dr. Jenny Harper, Professor of Biology; and Ridge Harper, also have a word that comes to their minds when they think of their friend—“charming.”

Dr. Harper said, “There was so much behind Patrick’s charm. Behind that was a lot of experience with a desire for new experiences. He loved life and everyone around him felt that including his two sons, Matthew and Eric; his mother, Martha; his brother, Matt; his partner, Tricia; all of his friends and the multitude of students he taught over the years.”

Dr. Smith was an extremely gifted professor and loved sharing his passion of literature and writing with students. He also loved to travel. Jenny and Ridge Harper collaborated with him on several study abroad trips with Bainbridge State College students to the Galapagos Islands in South America, as well as France and Italy. During that time, they became close to Dr. Smith and developed a deep, meaningful friendship.

They remembered, “We were able to learn so much about Patrick and always felt that he was truly a unique and wonderful person who had a heart of unlimited compassion and excitement for everything around him.
On our trips abroad, you would always find Patrick searching for a bookstore and leaving it having purchased many novels that he couldn’t wait to read including one in Paris called Shakespeare and Company located behind Notre Dame. We will never forget how his face lit up in the pouring rain under an umbrella when he saw that particular store.”

When Dr. Smith was diagnosed with cancer three years ago, he fought.

“Most didn’t even realize his struggle. Perhaps that is what made Patrick charming above all else–his capacity to make you feel important and cared for. Patrick continued to work as a professor and writer all the way up to his death, but that was Patrick. He gave of himself completely in everything he did.”
Dr. David Nelson, Professor of History, has been telling his students for years that the secret weapon to academic success is curiosity.

According to Dr. Nelson, the breadth of his writing and research put everyone else to shame. He was always writing, editing and reading. Few things got him as excited as a new book recommendation.

He added, “He could just as easily discuss Shakespeare, modern politics, and current science as he could 80s rock, science fiction and Spinal Tap. He could have easily fit in at any major university. We were extremely fortunate to have him work at Bainbridge State College for so long. He was one of my best friends and I miss him immensely.”
For eight years, Dr. Emily Dowd-Arrow, Associate Professor of English, knew Dr. Smith.

She recalled his seemingly stress-free approach to life.

“It infiltrated a room the moment he sauntered into it or with the first inflection of his sleepy-smooth sentences,” said Dr. Dowd-Arrow. “Nothing he did was without careful thought. When Patrick decided he hadn’t spoken to you in a while, he sought you out, sat down with you, listened to whatever you had to say, gave a witty and amusing response, and made you feel valued and heard. That’s the way he wanted to connect with his students, as well.”
Dr. Dowd-Arrow also recalled how online interaction got in the way of his desire to connect with his students. He always preferred the classroom over online teaching because it allowed him to interact and connect with each student—with a smile and occasionally with doughnuts.

Even though Dr. Smith was surely tired and overstretched with the Honors Program, his classes and his own projects, he still found time to help Dr. Dowd-Arrow found Adroit, the College’s creative arts journal and give her the blueprint for how to begin.

She admitted, “I’m not ready to say “goodbye” to my friend. It felt as though I was only beginning to scratch the surface of a person of immeasurable depth, but I’m so very grateful to have had the chance to be Patrick’s friend.”

In honor and memory of Dr. Smith, the Dr. Patrick Smith Memorial Scholarship has been established in his name for those pursuing a four-year English degree.

Contributions can be made to the Bainbridge State College Foundation, P.O. Box 990, Bainbridge, GA 39818. Memo: Dr. Patrick Smith
Qualifications for students wishing to apply for the scholarship:

• Full or part-time student
• Enrolled in the BS: Writing and Communications major
• 3.0 GPA
• Must attend the ABAC at Bainbridge campus