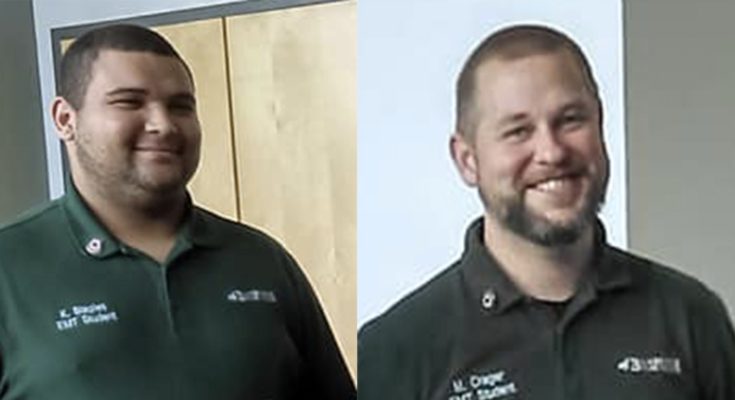 Miles Crager of Whigham and Kennan Staples of Donalsonville took part in a 14-day deployment to help disaster relief efforts in Puerto Rico. 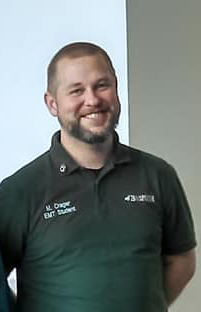 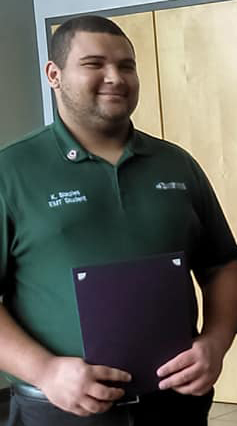 The two students were given a 48-hour confirmation on their deployment with Response System, Inc. and the State of Louisiana, but neither student hesitated at the chance to help Puerto Ricans after the devastation of both Hurricanes Irma and Maria.

On Nov. 14, Crager and Staples flew to New Orleans to prepare for deployment. According to both students, the deployment happened so quickly that they “didn’t have time to think.”
The devastation they found when they reached Puerto Rico was much worse than any of the coverage they had seen on television.

“It was brutal,” said Crager. “After being directly impacted by Hurricane Katrina in 2005, I never thought I’d see anything like it again. The rural areas were the worst.”
They were told that many areas in Puerto Rico would not have electricity until summer.
The EMT students attributed their confidence to travel to Puerto Rico to the EMT instructors at Bainbridge State College.
Staples said, “The entire experience gave me confidence. I’m glad I was able to participate. It would not have been possible without my BSC EMT instructors—Mr. Charles Avery and Mr. Dustin Ward. If it had not been for them pushing us to do our best and go the extra mile—I would not be where I am now—and certainly not doing things like this.”

Crager stated the support from his instructors has pushed him to further his education in the medical field. Currently, he is working towards becoming a registered nurse (RN) and paramedic.

“Miles and Kennan represented the very best of the EMS programs at Bainbridge State and the EMS profession as a whole,” said Avery. “I am proud of their commitment and competence to serve others in a major disaster situation. It is an honor to have such committed students in our program.”

The deployment lasted through Thanksgiving Day. Crager and Staples found the experience to be very rewarding and gave them a newfound meaning to being “thankful.”

“The biggest thing in all of this is reassuring the Puerto Rican community that they are not going through this alone,” said Crager. “After this experience, I definitely have respect for the simple things we take for granted.”