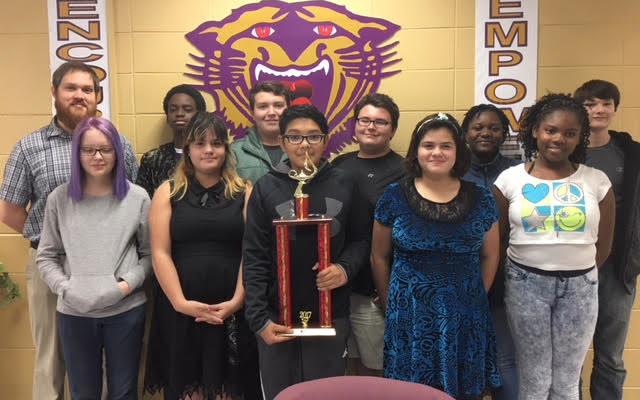 They competed against teams from all over the southeast. Round after round, for a long eight hours, both teams made it to the semi-finals.

The ‘A’ team made it to the final round, only losing out to a high school team at the very end. The ‘A’ team of four students qualified to compete at nationals this year, and made sure everyone knew that the Bainbridge Bearcats were an academic force that can’t be ignored.